The 6th and 7th labour of Hercules Time to continue with the labours of our hero. Hercules had to use all his intelligence to clean up the stables of Avgeas from the dirt. After we read the text versions of the feat from different books, the children got involved in mathematical activities. They were given a scanned page of a book from which we removed some pieces in the form of geometric shapes. The children tried successfully to recompose the puzzle correctly. With great pleasure we noticed that from their attemps a lot of interesting discussions emerged, mathematical and not!

Our next activity also focused on Math. The children noticed, with the help of a mirror, the image of Hercules’ image (symmetry on the basis of the axis).

The next day, we learned about the 7th labour, the Cretan Bull, that gave such a great trouble to the people. After reading the story from different books, the children had the idea of creating by themselves a small representation of the scene and presenting the labour with puppet figures. In small groups they made the appopriate figures and then in pairs they presented their puppet play by moving the figures on the self-made stage! 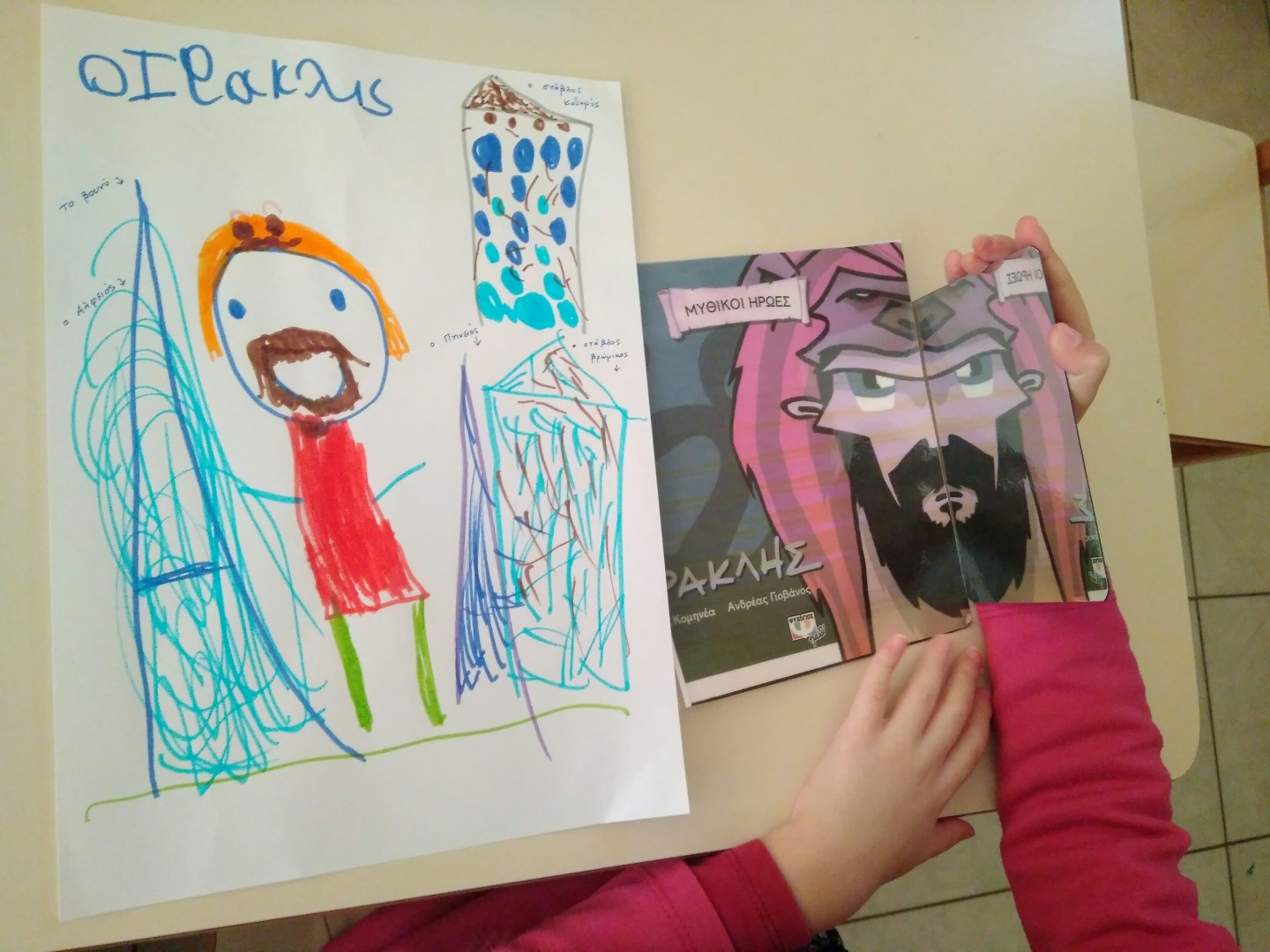 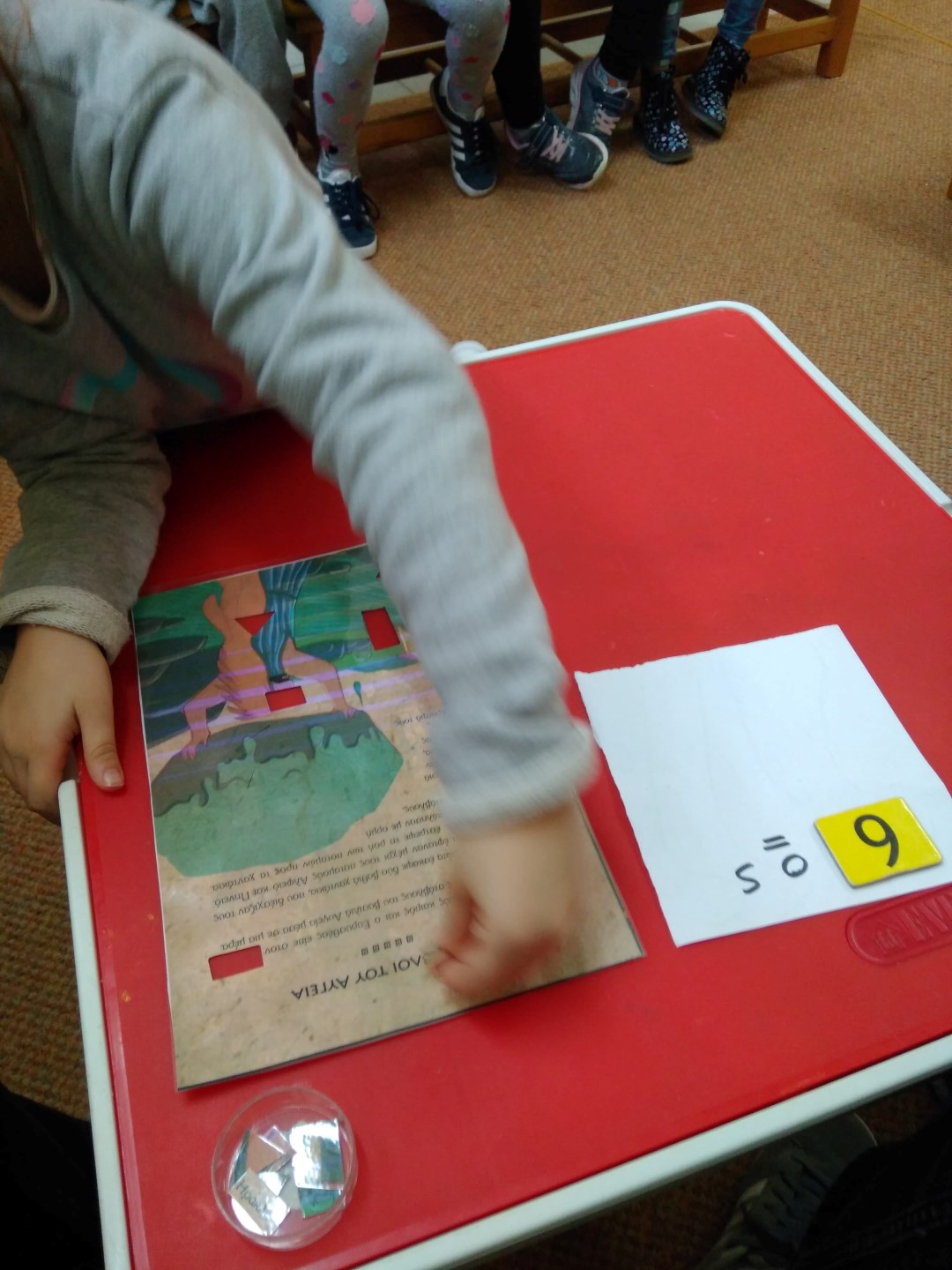 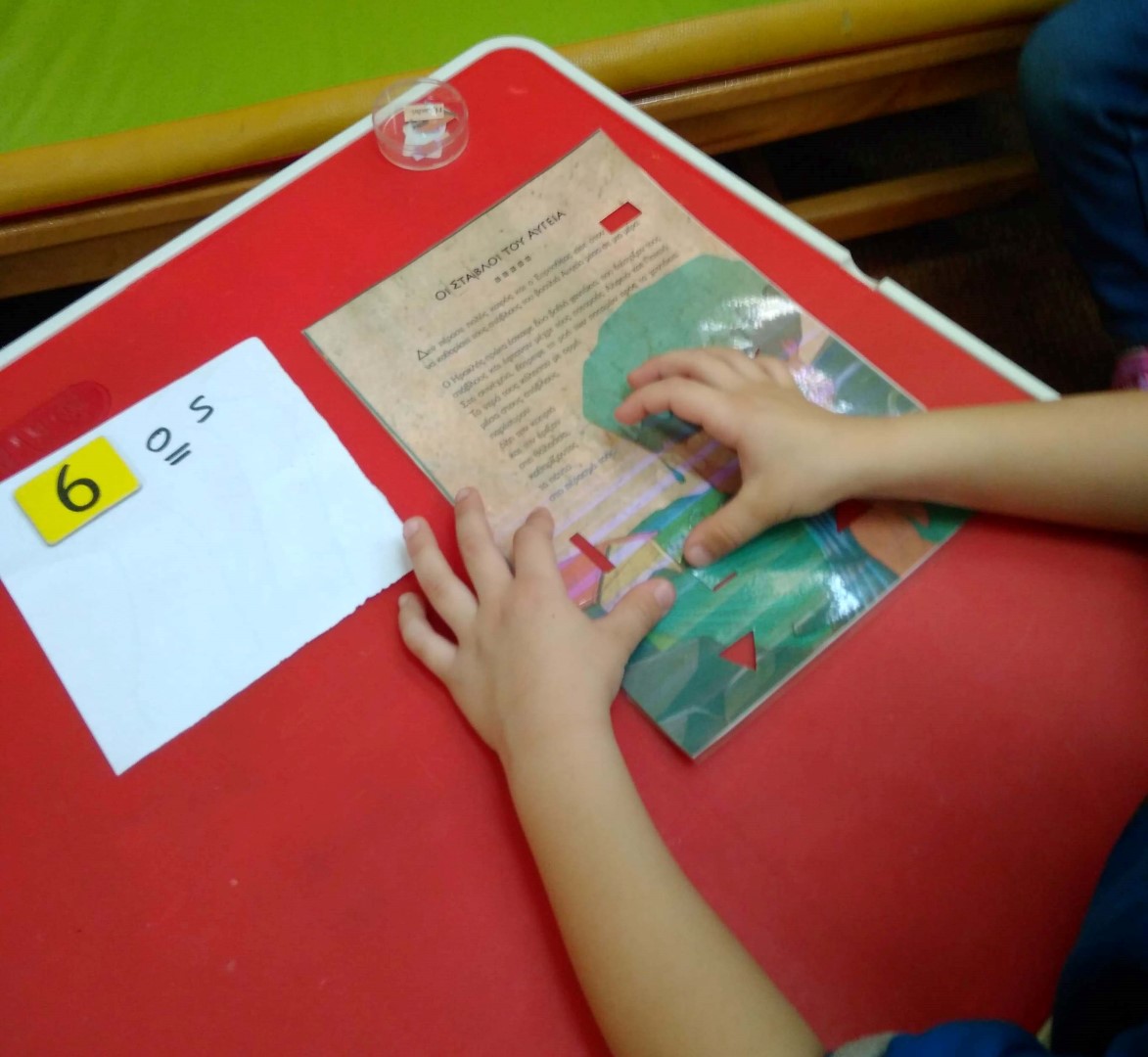 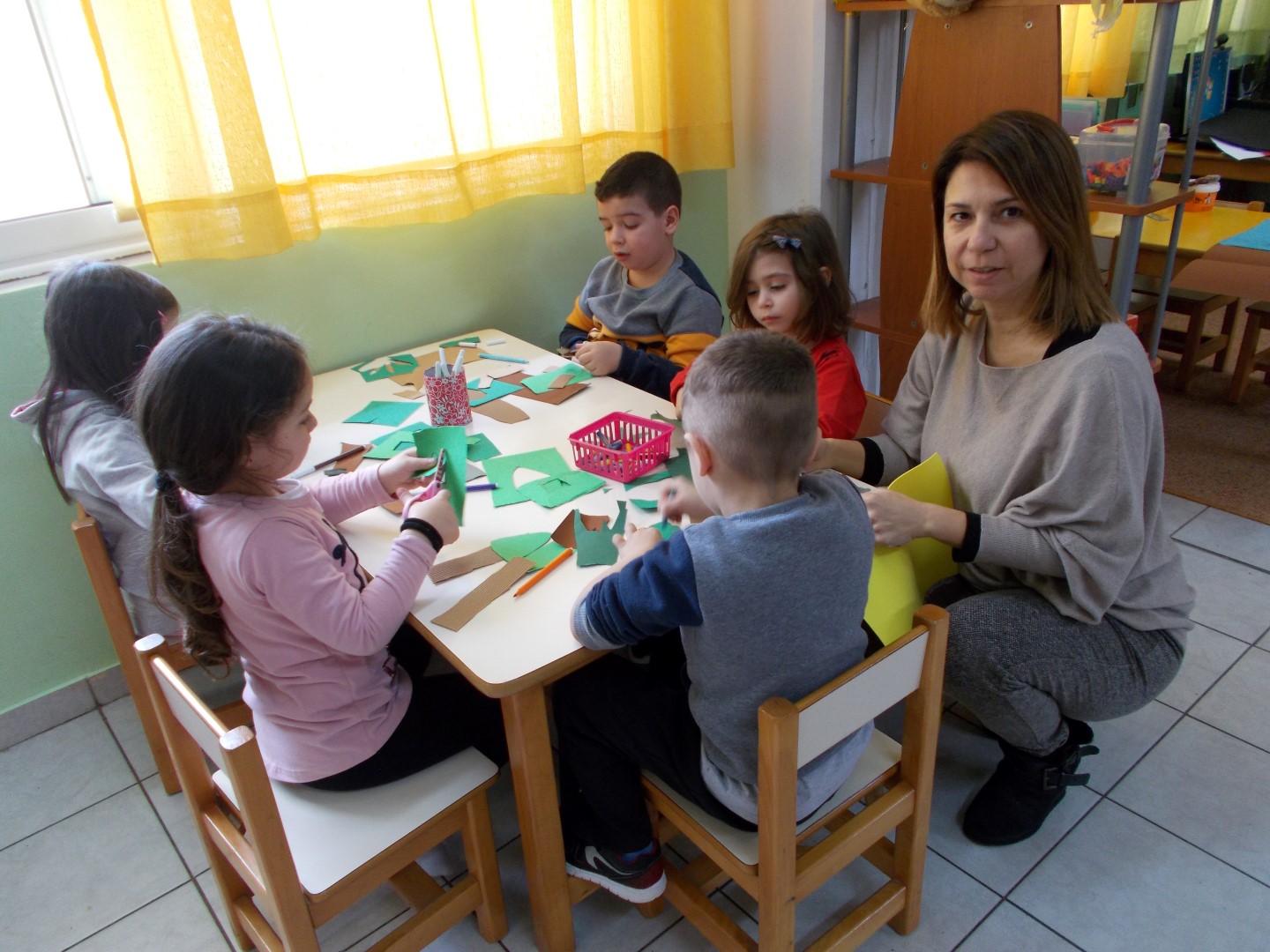 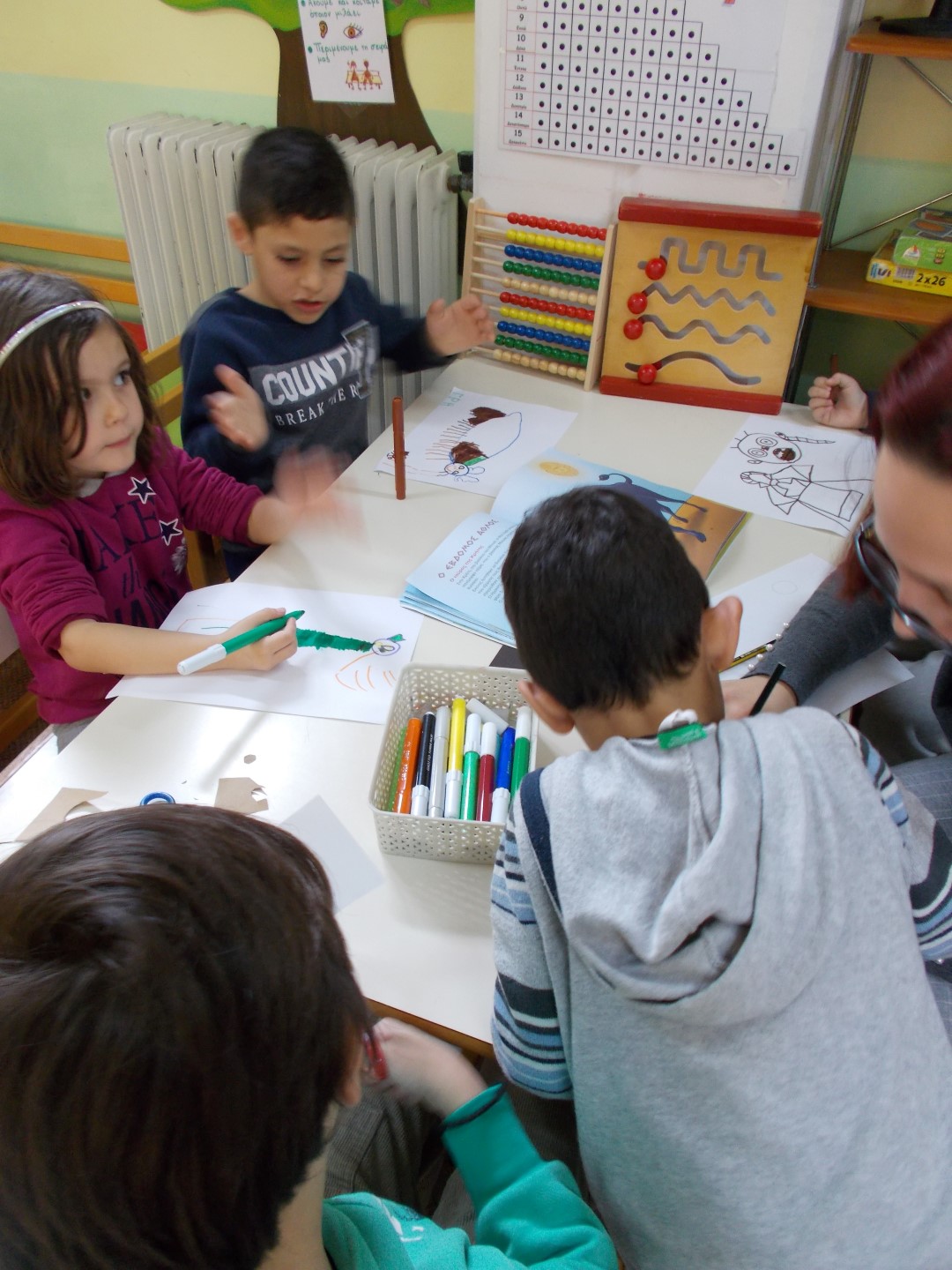 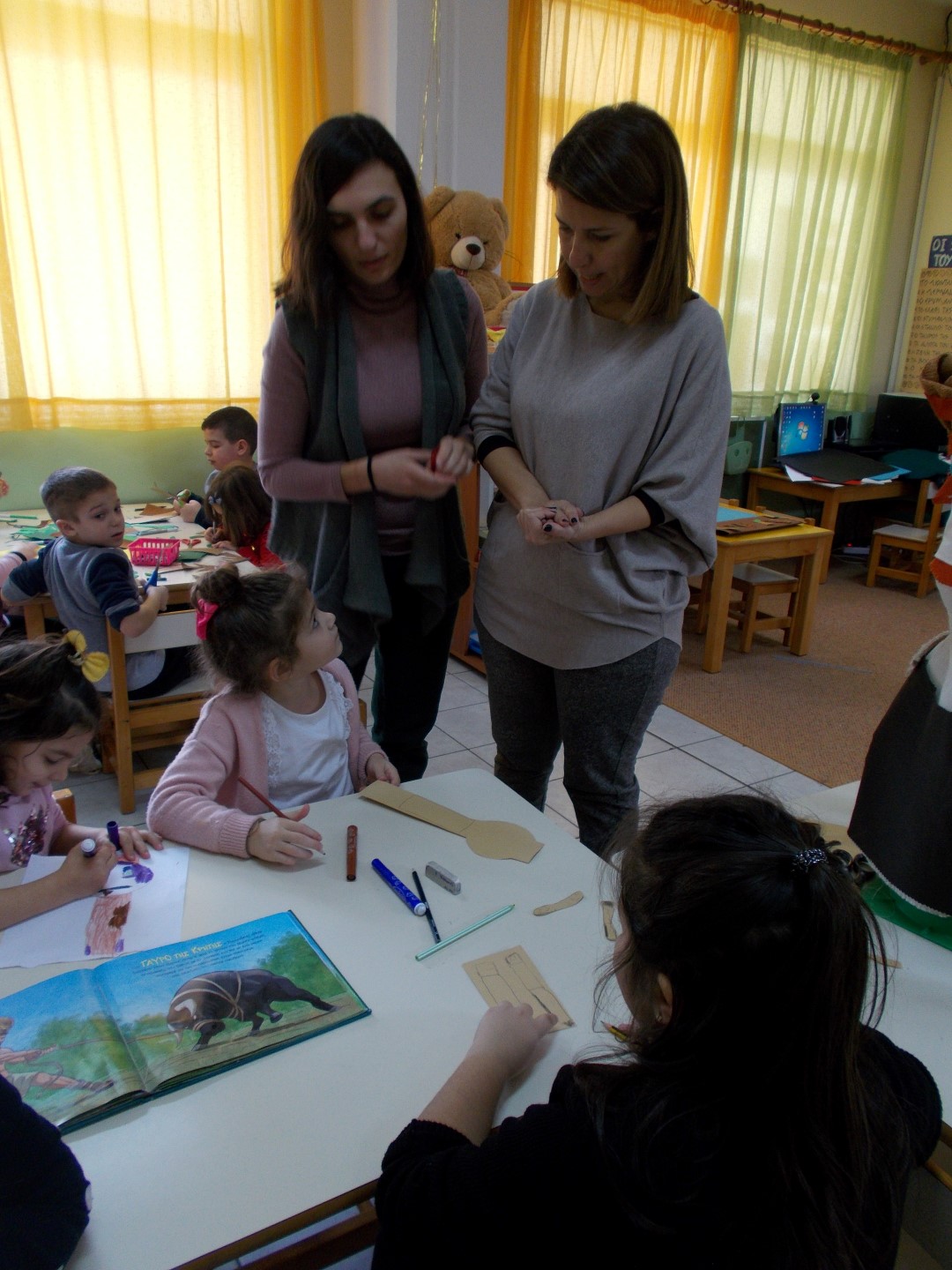 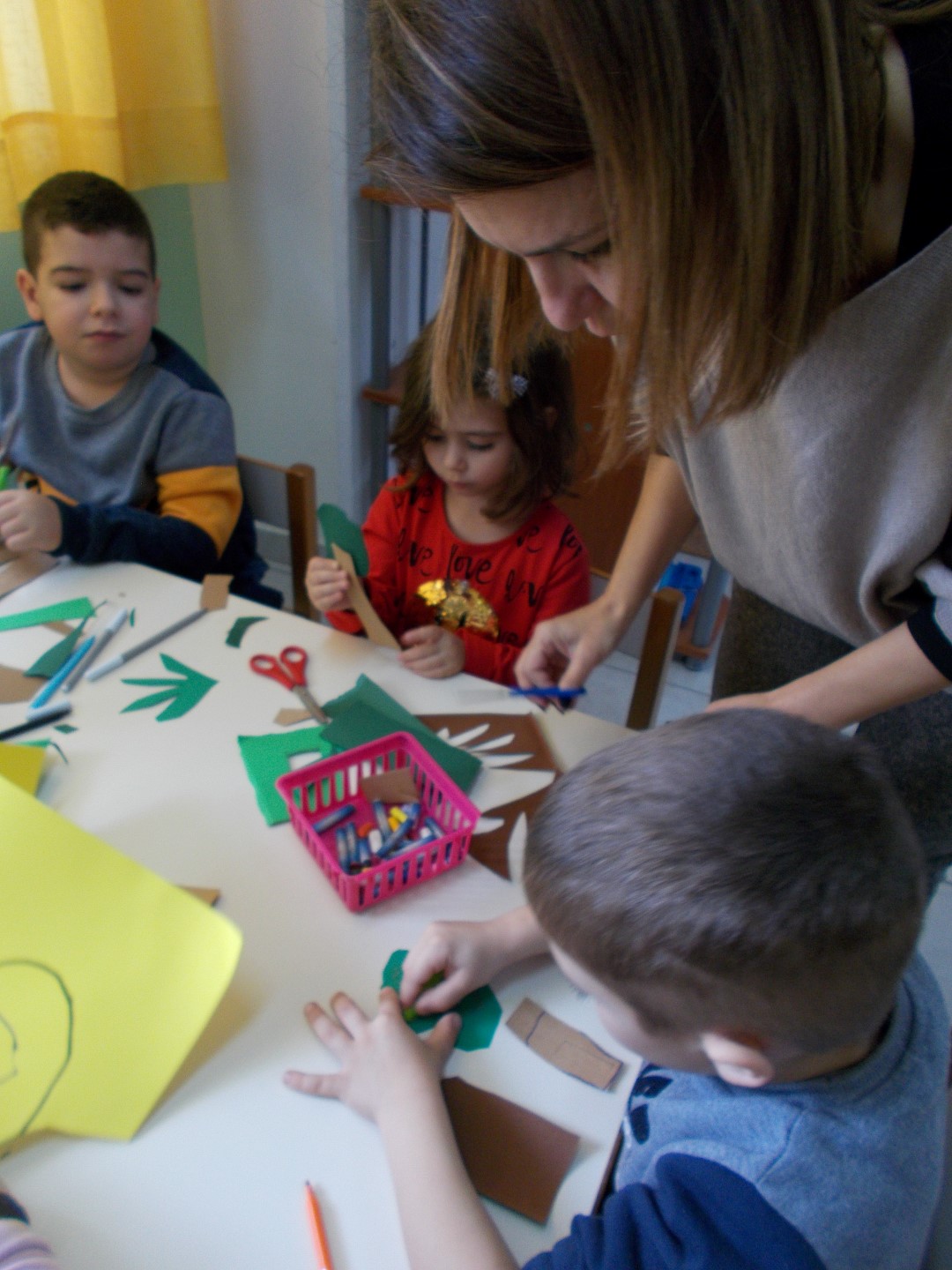 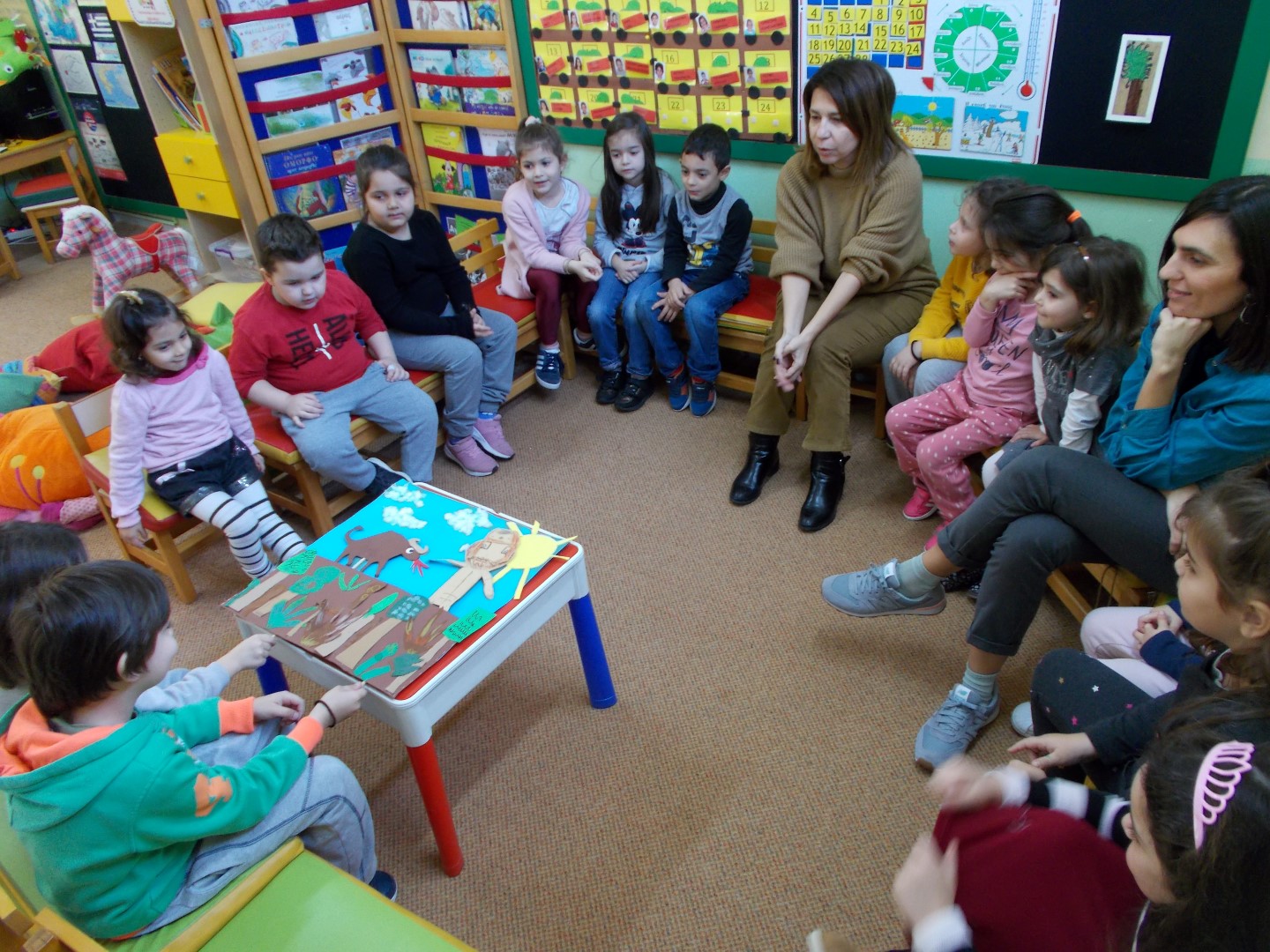